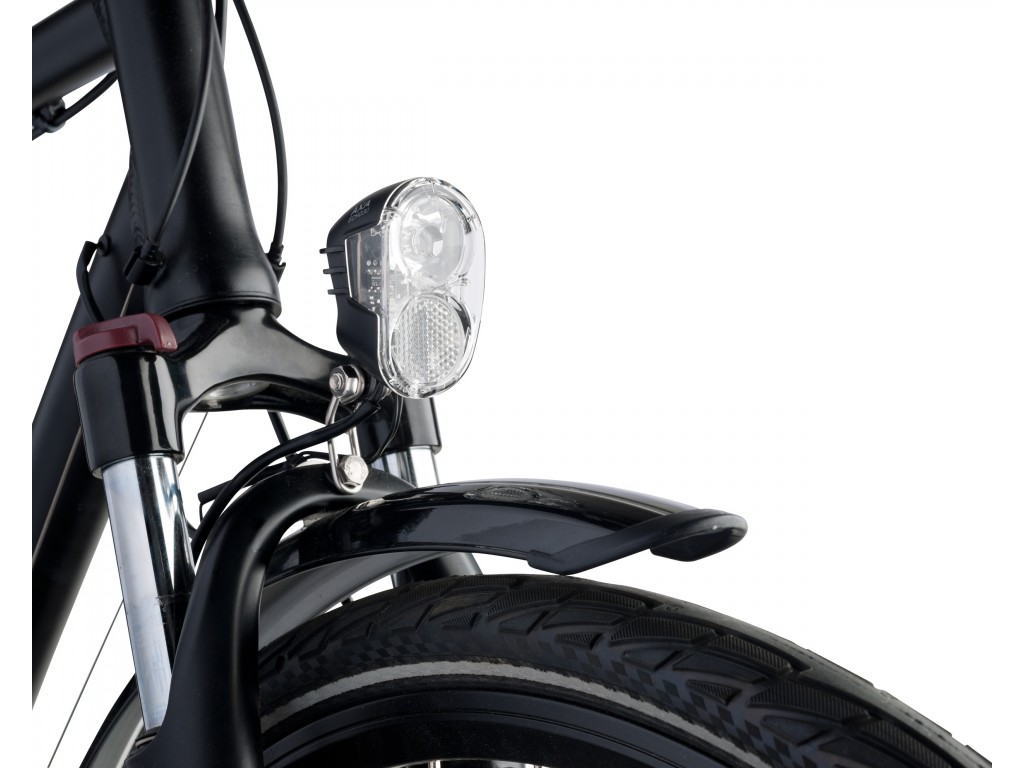 I was at first satisfied with the Axa. It seemed to have slightly less drag than my older conventional model. The driving wheel was far larger, and the noise it gave, though still fairly loud, was a lower pitched hum. However, descending a steep hill one night I ran over a pothole and the top half of the dynamo shot out of its casing leaving me in darkness. This could have been nasty but there was enough light from the moon to prevent me running into the ditch before I came to a stop. I went back down the hill, and with the aid of a pocket torch I managed to find the rest of the unit. St. John’s St. Cycles replaced the faulty dynamo without quibble, and enclosed their current catalogue in the package. I then noticed an advert for the Nordlicht 2000 which claimed to have minimal drag and silent running. I decided to buy one, and do a head to head test: Axa v Nordlicht.

My immediate impression of the Nordlicht was that it fully lived up to its claims. In spite of having a far smaller driving wheel than the Axa it was virtually silent in use, and seemed to create far less drag. In fact, it was almost as free running as the old Sturmey Archer DynaHub I used to have, and that’s saying something. The chap at St. John St. cycles had told me that if I wanted it to be quieter still I could run it against the wheel rim instead of the tyre, but then it might slip in the rain. I lowered the mounting down the fork until the drivewheel ran against the wheel rim and it then ran almost silently. Just what I wanted! 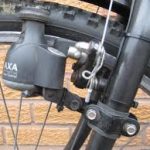 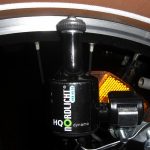 With both dynamos fitted I had all the light I needed at night. I had two front light, both with 3w halogen bulbs as I had dispensed with the rear dynamo lights in favour of LEDs. I had turned one of the headlamps round 90 degrees so that instead of giving a wide spread of light across the road it gave a narrow but very bright beam of light that lit up the road a long way ahead. This gave ample warning to other traffic at cross-roads and was so bright that when other vehicles passed me, my light was still plainly visible on the road. The drag of the two dynamos did not seem any more than the single older dynamo I had previously used, and would not have bothered me if it was a bit more. I do my night riding in winter on my training bike. A bit of drag on this bike is no bad thing. I ride a training bike to stay fit, having to push a bit harder on the pedals could only aid this. However, I realise that drag IS a factor with dynamos, especially if you want to use them on club runs. And if there is virtually no drag at all, then a dynamo might be the answer for Audax rides. My previous impression of the low drag of the Nordlicht, though very favourable, was purely subjective. I, therefore, decided to do an objective test by freewheeling downhill.