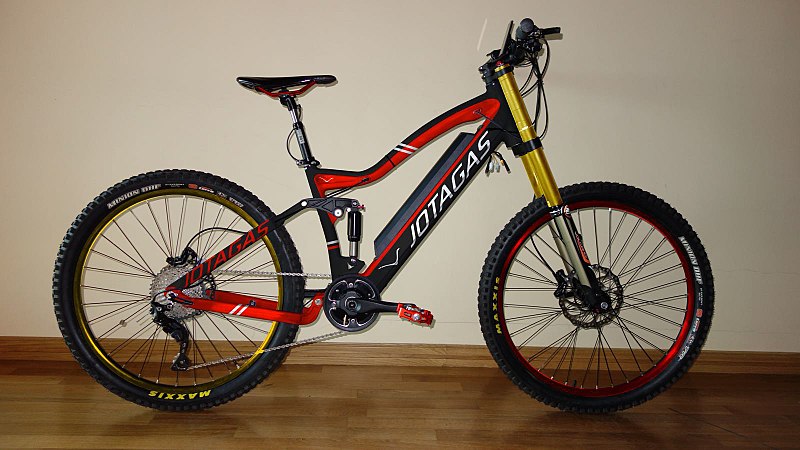 The cycling industry is known for frequent trends that get hyped for a period of time and then become replaced with more popular ones. E-bikes are one of the biggest and most controversial trends in cycling right now.

Luckily for the industry, their numbers on the streets are growing. However, the general public still cannot decide whether e-bikes should be classified as bicycles or as motorcycles. They look like bicycles but have electrical motors so, at first glance, they can be placed in both categories.

Let’s try to come up to a conclusion by the end of this article.

The Early History of Motorcycles

Bicycles and motorcycles are two different transportation methods today. However, in the 19th century, they had much more in common. The first motorcycles were invented at the end of the 19th century. In essence, they were standard bicycles with petrol engines attached to the frame to give the riders a boost.

The pedals were still there and could be used to start the engine or to give more power to the wheels when needed. Moreover, pedals could be used to power the motorcycle on their own when there was no petrol left in the tank.

As you can see, this sounds a lot similar to the e-bikes we have today, but there are some crucial differences.

E-bikes are bicycles with electric motors attached to the frame. These motors can either be located inside the bottom bracket or inside the front or the rear hub (the more common option).

These electric motors provide power to the wheels only when the rider is turning the pedals. On most e-bikes, pedals cannot be activated on their own. Therefore, their main role is to provide a boost to the rider’s legs.

Moreover, e-motors usually do not engage in situations when the bicycle is moving more than 20 miles per hour. Therefore, if you are pedalling faster than that, you will only be using your legs to propel yourself.

When talking about e-bikes, people are mostly referring to class 1 bikes, but there are also class 2 and class 3 e-bikes. Let’s see how they differ from one another.

Are E-Bikes Bicycles or Motorcycles?

According to the UCI, e-bikes are completely new part of the cycling industry. The law agrees and sees Class 1 e-bikes as bicycles with e-motors. Therefore, whatever the general public thinks, e-bikes are bicycles and have little to do with motorcycles.